Do You Have Favorite Banned Books? 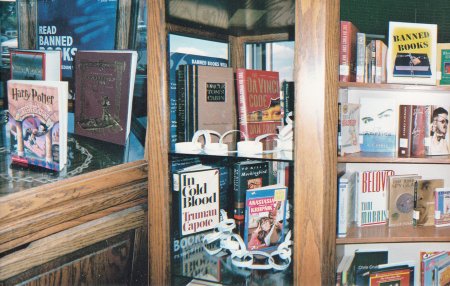 Chances are good that some of your favorite banned books are still being challenged!

Why is it that some of the most interesting and thought provoking books are the very ones that some folks think should not be read?

Should a few people decide for the rest of us what we can or can't read?

Do we take our freedom of speech and press for granted?

We will be discussing who bans and why on this website.

We will be talking about banned books and their authors.

Included are some of the old favorites, as well as more recently challenged ones, such as J K Rowling's Harry Potter Series and Stephenie Meyer's Twilight Saga.

The Hunger Games trilogy is the latest.

You will also find stories of book burnings. Who burns books and why? Do such things still happen? (They do!) Are you surprised?

If you love books - including banned ones - and your freedom to read them, check back here often, we're just getting started!