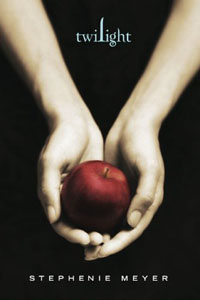 Stephenie Meyer tells a fascinating story in her Twilight books. Also fascinating is the story of how they came to be..

On a June night in 2003, Stephenie Meyer had a dream. A very vivid one. She dreamed of a lovely meadow surrounded by dark forest.

In this meadow a normal human girl was talking with a vampire boy whose skin sparkled in the sun. They were in love. They were discussing the many complications this love presented to them.

Meyer says she stayed in bed for a time after she woke up, thinking about her dream, and what might have happened next if she'd kept on dreaming.

Later that day, she began to write down the dream so she wouldn't forget any of it. She ended up with ten pages.

She began to imagine where the story would go if it continued. She then wrote every day the rest of the summer, and finished what would become Twilight in late August.

Meyer says she didn't write with the intention of it being a book. It was only when it was finished that she realized she'd written enough for it to be one.

She had told no one what she was doing except her older sister, who encouraged her to publish, and to keep sending it out when the rejections came.

Twilight was published in the fall of 2005, stayed on The New York Times best-seller list for a year, and was in the top spot for four weeks of that time.

It was removed from Santa Sabina College Strathfield in Australia, in September of 2009 for being "too racy" and because the schools believed the content was "too sexual" and "goes against religious beliefs".

In May of 2009, Breaking Dawn was challenged at Brockbank Junior High in Magna, Utah, when a parent complained about sexual content.

I haven't been a teenager for a whole lot of years, and I certainly didn't think I'd want to be reading about vampires and werewolves, but I love these books! I've read them all, and went through them faster than any books I've ever read!

The Bella, Edward, and Jacob saga is one that I could hardly wait to see what happened next, and I found myself turning the hundreds of pages as fast as I could possibly read.

The farther I got into the books, I began wondering how the author could possibly bring this complicated story with so many lovable characters to a satisfactory close. But she did it! At least for me. I thought it was perfect.

I really enjoyed every page of every one of these books, and will probably read everything she writes!

Return from Twilight to favorite-banned-books.com