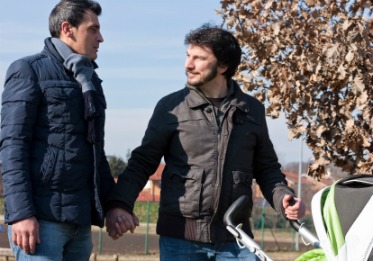 Books with homosexual themes often end up on a "challenged" list.

Religious Right folks are usually behind the attempts to strip others of their right to choose their own - and their children's - reading material.

I often wonder why they think they should be the ones to decide for everyone what should - and should not - be available to read.

One only has to watch the news to know that there are people working tirelessly to force others to live by their own narrow views.  That includes dictating what you and your children read.

Books with homosexual themes are regularly targeted, as are gay authors. Complaints about children's books are especially plentiful.

In reference to Molly's Family, a children's book by Nancy Garden, one woman said she knew she's have to deal with the issue (of homosexuality) at some point, but not when her child was in kindergarten!

My question is, when does she think would be a good time for a child to learn that it's fine that all families don't look the same? High school?

Considering all the bullying that goes on, I would think it would never be too early to begin teaching kids that just because someone is different, it doesn't make them bad or weird. 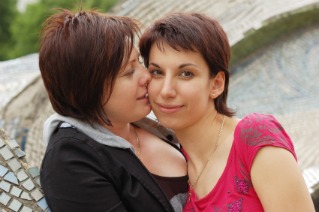 As for the woman who doesn't want to discuss a book about gay families with her kindergartener, she doesn't need to go into some long and detailed explanation, no more than she would (I'm assuming!) if she were telling her child why she chose daddy to live with.

Simply tell the child that there are many different kinds of families, and that it's okay. The important thing is that they love and respect each other.

If children are taught from the beginning to be kind, and that there's no need for people to all be alike, there would be fewer problems in schools and in the world in general.

Another little picture book, King & King, caused even more of an uproar in the Religious Right camps.

This story tells of a prince who finds his true love in (gasp!) another prince.  And it has a happy ending for everyone.

I love that in a story!

Annie on My Mind

Return from Homosexual Themes to favorite-banned-books.com