Books about religious beliefs that differ from what we've been taught by churches for hundreds of years are sure to come under fire. 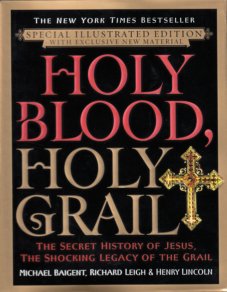 Holy Blood, Holy Grail, written in 1982, by Michael Baigent, Richard Leigh, and Henry Lincoln, is such a book.

It doesn't seem to matter if the books are fiction or not. They are attacked just the same, if they contain anything contradictory to the beliefs of the church.

Nikos Kazantzakis' The Last Temptation of Christ, caused at least one church that I know of to hand out letters to the entire congregation warning of the evils of the movie based on the book, and urging them to not watch it.

They needn't have worried about that. Someone made sure that the film did not show in our Bible Belt town.

And only one video store was brave enough to carry it. 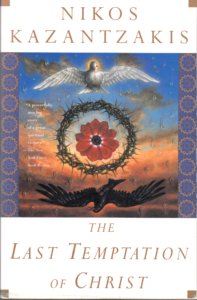 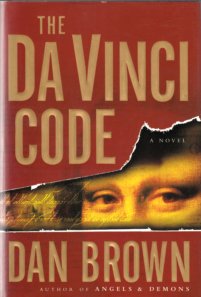 and Angels & Demons brought similar wrath from the religious folks. 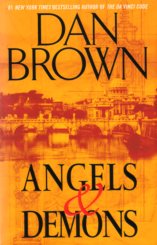 Brown's portrayal of Jesus as a husband and father in The Da Vinci Code definitely gets them riled up.

Religious fundamentalists can get very upset and defensive at the suggestion - even in a novel or movie - that there's a possibility they may not be 100% correct in what they teach.

They seem to leave no room for a differing opinion, or even mere questioning or speculation.  Books about religion that tend to disagree with their beliefs are not well tolerated.

It's easy to understand, though, how this kind of thinking/questioning/speculation could potentially become extremely problematic for churches.

If enough people begin to doubt the church as final authority on matters of God, church attendance would diminish.  That, of course, would lead to a decline in power, control of the 'flock', and money.

Return from Books about Religion to favorite-banned-books.com