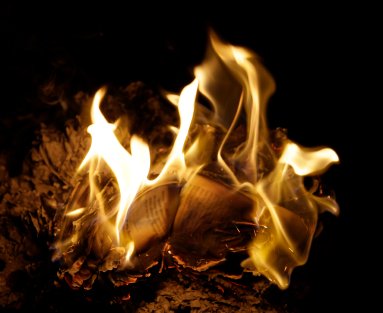 Book burning continues to be popular with some people in 2010.

Before mass-production of the written word, this was an effective way to keep the public from having access to "unsuitable" reading material.

Today, it is symbolic, serving only to make a statement of disapproval. However, the attention it draws often results in making the book more popular.  People who may not have otherwise had any interest in it will now at least "check it out" to see what all the fuss is about.

In some cases, they might not have known about it at all. I have discovered several interesting things I may not have seen if they hadn't made the news!

I went to a book burning a long, long time ago, when I attended a church that believed in that sort of thing. 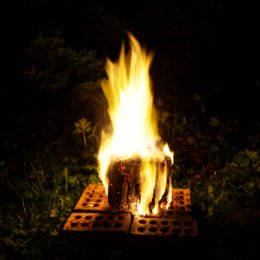 It was held at a place several miles away, out in the country  My sister and I went with a couple of other people from the church.  I don't remember much about it. (My sister says she doesn't, either.)

I'm not sure if there was anything in particular being protested at the time.  I don't think we contributed anything to be destroyed. I certainly hope not!  I was a bit squeamish about the whole thing, even then.

In more recent times the Harry Potter books have been called "satanic" and burned by churches in at least two states.

I've come across a couple that have events planned for later this year.

Amazing Grace Baptist Church will be holding their annual burning on an undisclosed date.

Dove World Outreach Center will be burning Korans at their church in Gainesville, Florida on 9/11.

Return from Book Burning to favorite-banned-books.com