Bless Me, Ultima, written by Rudolfo Anaya, published in 1972, is the story of Antonio Juan Marez.

His life is changed at the age of six, when a Curandera, or folk healer, comes to live with the family.

Bless Me, Ultima is set in New Mexico during the 1940s, Antonio is already struggling with questions of who he might become as he grows into manhood.

The youngest of six children, two sisters who live at home with him and his parents, and three older brothers who are away at war.

Antonio leans toward being like the Luna side of the family, who are quiet and religious hard-working farmers.  His brothers tend to follow the loud and wild ways of the Marez people on their father's side.

Antonio's mother is a devout Catholic, and it is her dream that he will become a priest. His father would rather see him make his own choices in life.

Antonio does his best to be a good Catholic, and is eager for his first communion. He believes that at that time he will receive understanding directly from God about things he is wondering about.

He has plenty of questions to ask, as he has seen much in his young life that doesn't make sense to him. Questions concerning good and evil, differing religious beliefs, why good people die, and evil ones are left to inflict more pain on themselves and others.

He wonders how it is that Ultima could cure his Uncle Lucas, who was close to death, and the priest could not. 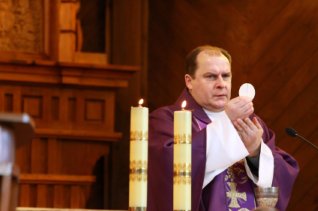 Finally the day he has eagerly awaited arrives. It is the day of his first communion. He feels sure that he will now hear the voice of God, and his questions will be answered.

But God is silent.

He begins to wonder if God is dead.

Or maybe God never existed at all.

This is one of the most challenged books in the United States.  There are many complaints about this book, most having to do with religion.

Bless Me, Ultima addresses many of the questions we have as we grow up. It brought back memories of my own childhood, and the worries I had about religion.

I expect that many children have questions and concerns about such things. I believe reading and discussing this book would be a good thing, as I think a lot of kids might not otherwise have a good opportunity to talk about any thoughts they may have on the subject.

Return from Bless Me, Ultima to favorite-banned-books.com